Creating a Sustainable Future for our Oceans 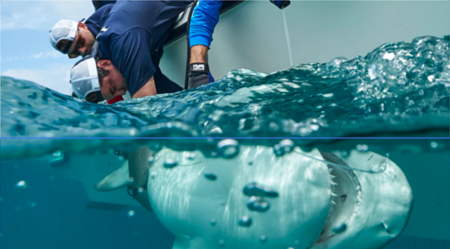 One-third of all shark species are facing extinction. Beneath the Waves is dedicated to advancing the conservation of sharks and the habitats they occupy through cutting-edge scientific research. Founder Dr. Gallagher credits BTW’s exponential growth over the past several years in part to advice and support provided by Paul Hastings.

In one notable representation, we assisted BTW in establishing a fiscal and operational partnership with Unite BVI, Sir Richard Branson, and a group of high-profile donors in connection with a project that involved the intentional sinking of a derelict World War II vessel. The sunken vessel was transformed into an artificial reef to stabilize and recover threatened marine species. BTW is engaged in a number of high-impact projects around the world seeking to promote healthy oceans for future generations.

“It was both an incredible and humbling experience to witness the beauty and sheer strength of sharks up close. With Beneath the Waves, I witnessed firsthand the multijurisdictional intersection of marine conservation and sanctuary laws between the U.S., the Bahamas, and the Gulf of Mexico.”